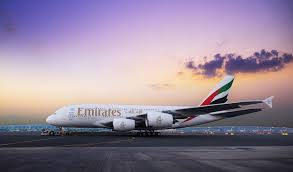 Emirates has by far the best brand image in the UAE according to research carried out by Dubai-based integrated communications agency IHC.

According to the YouGov survey of over a thousand UAE residents, asked which brands they feel has the best image in the country, 43% chose Emirates, with competitor, Etihad, coming in second with only 14% of the votes.

Telecommunications provider Etisalat came in third (10%) and online marketplaces, Souq.com and Dubizzle, tied with 8%. Emirates NBD topped the list of UAE banks with 7%. Consumer electronics retailer, Sharaf DG came in seventh with 4% of votes and with 3%, budget carrier, Fly Dubai, pipped Air Arabia on 2%. UAE University was the highest ranked educational institution with 2% of the votes.

Money often talks when it comes to building brand image and Emirates has clearly reaped the rewards from its well-publicised 2010 plans to increase its communications budget as part of its global expansion strategy to nearly Dh1 billion, including sponsorship, advertising and PR.

Ian Hainey, IHC’s managing director, said: “Emirates is often lauded as the fastest-growing airline in the world and its rise to become one of the world’s biggest carriers within three decades has happened in conjunction with its aggressive marketing campaigns and, in particular, phenomenal investment into sports sponsorship.

“For instance, it feels like the brand is bombarding us with its logo and destinations every time we turn on a televised football match, which is the world’s most watched sport. The roster of payments for sponsorship deals across all sports must be impressive to say the least.

“The word ‘best’ is of course subjective, but the fact Emirates has almost three times as many votes as its competitor, Etihad, clearly demonstrates a considerable gap in perception of the brand’s quality and desirability, as it is clearly considered as superior overall.

“Etihad’s far reaching global marketing spend, including Manchester City, Formula 1, plus a US major league football, ice hockey, and basketball team, has ensured it comes in second place. It’s also no surprise one of the UAE’s telecommunications duopoly would rank high among residents. However, officials at Du may raise an eyebrow.

“The rise of the Souq.com and Dubizzle brands is testament to the UAE’s tech sector. These home grown brands have raised their profile up there with the big budget players and are clearly reinvesting considerable marketing budgets into brand awareness. The results speak for themselves and they remain top-of-mind for online marketplaces in the emirate, with both now expanding their models into other countries. Neither of these companies have rested upon their laurels, and as a resident of the emirate, we see these brands increasingly in daily life – whether picking up a newspaper to read a PR story about the most expensive car sold online or catching a glimpse of their billboards while driving on Sheikh Zayed Road.”

IHC is an integrated communications agency, delivering PR, digital and experiential marketing through operations in Dubai and London.