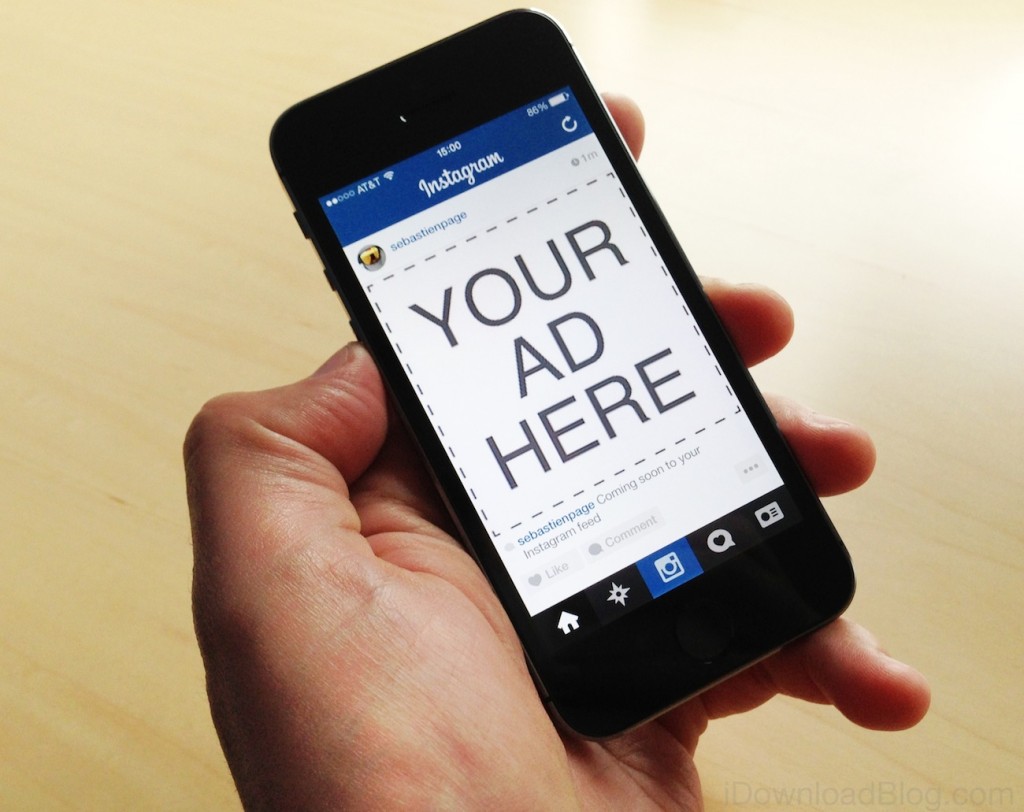 It’s the pictorial oasis of calm, far from the barrage of banter of Twitter and Facebook, where often-commercialised information is forced upon you, but alas the time has come for Instagrammers to begin paying back the $1billion it was bought for.

Some adverts for various powerhouse brands have appeared on the US version and it’s been confirmed more will be slowly rolled out to Instagram users in the UK in coming weeks. The photo-sharing social network claims initial adverts will include a small selection of businesses, hand-picked for their “already great” presence on Instagram.

Instagram wishes to ensure no one should be alarmed. The soothing pixelated pools of Instagram will not even register a ripple of discontent, as all advertising with be ‘creative and engaging’.

To quell suspicions, Instagram released an example of such adverts with a truly encaptivating picture of a guy at a desk. If this is the standard of adverts to come, bring it on I say: 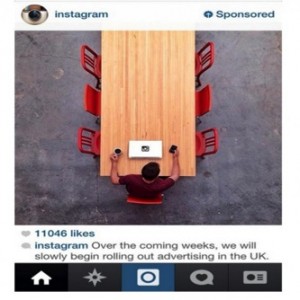 You can see over eleven thousand Instagram fans liked this advert – they are definitely on to a winner here.

Engagement is high on this ‘open’ social media platform and brand managers must be rubbing their hands at the possibility of exploiting the potential – particularly brands wishing to appeal to a global audience.

When you click ‘highly attractive’ adverts like the above, it gives you the option of learning more by tapping the ‘sponsored’ tab at the top, or hiding the post.

Avid users may feel a sense of loss with the continued commercialisation of Instagram. It might feel like someone who lives in a tax-free country who discovers they have sneaked in a type of council tax on their electricity bill. An overwhelming sense of – ‘nothing good lasts forever’.

And, of course it couldn’t. 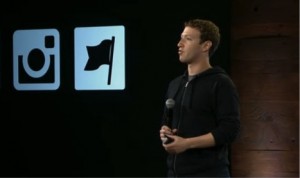 They are coming after you together and you will not be able to escape if you are one to check your Facebook and Instagram accounts every day. A quick straw poll in the IHC office shows 70 per cent check Instagram every day and 100 per cent check Facebook daily. According to a survey by CNET, Facebook is the top app used in phones (68%), with Instagram coming in sixth place with 22 per cent, just behind the phone function itself, with 24%.

And, while Instagram won’t disclose the reach of its ads, it appears to be considerable based on the number of likes they’ve racked up. Here’s an example of another truly creative Lexus Instagram ad that achieved powerful reach: 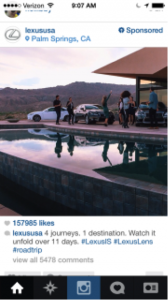 Following the conclusion of a US test late last year with ten advertisers, Instagram executives have been out pitching Instagram ads at brands who wouldn’t baulk at a six figure spend.

Reports from various sources claim a month-long buy has been priced between $350,000 and $1 million. However, it’s also been said there’s no rate card and pricing is based upon gender, age, reach and frequency. Instagram has over 200 million monthly users and the majority of Instagram users are female.

Instagram declined to comment on the pricing of its ads. But it was reported in March that Omnicom had signed a deal for Instagram ads worth up to $100 million. Although it’s not all about cashing in, with Instagram also reportedly donating ad space to the non-profit Charity Water.

And it is not just about pouring money partially sighted into Instagram’s coffers and hoping the ads pay off. Users will be able to analyse the success of their paid and unpaid posts.

All three tools can only be accessed through a desktop web browser and should look a lot like this: 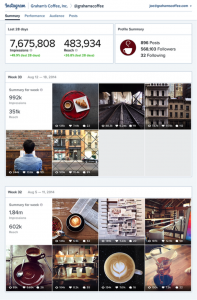 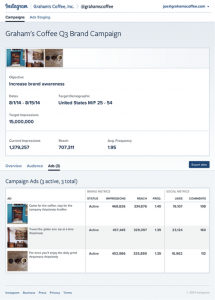 Contact us for a quote to Elevate Your Brand: dubai@ih-c.com london@ih-c.com.