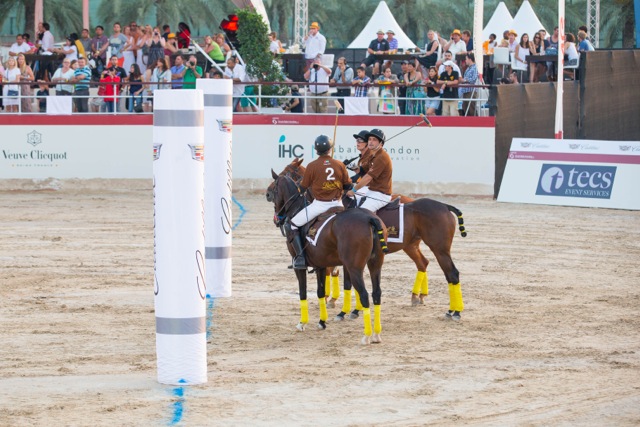 In its efforts to promote the event, IHC secured over Dh50 million worth of PR coverage in the month leading up to the event, during and in post event coverage. Media outlets secured to cover the beach polo included international broadcasters, regional daily newspapers, lifestyle magazines and sports publications.

“It’s been a hugely successful event from a PR perspective,” said IHC Director of PR, Michael Campbell. “The press conference alone attracted over 40 media which is among the largest press conferences I’ve seen held in over six years working in the region. Coverage is still coming in from many international publications and we expect news of the beach polo weekend to resonate for some months yet.”

Invented and founded by mamemo productions in Dubai in 2014, the Beach Polo Cup has since been exported to 30 cities worldwide, including Miami, Chicago and Ibiza. This year’s event was held in the largest of its kind purpose built venue, where stars of the international sporting sphere and silver screen had front row seats to the action with Argentine footballer, Diego Maradona and Hollywood actors, Michelle Rodriguez and Tyrese Gibson soaking up the glamorous beach polo vibe.